Customizable binding legal documents for use in almost any situation including General Agreements, Amendments and Assignments.

Contrary to what many attorneys may tell you, the written contract should be clearly written and easily understood by both parties to the agreement. It should be written in precise and unambiguous terms.

In order to be valid and enforceable in court, a contract must follow some simple requirements as follows: 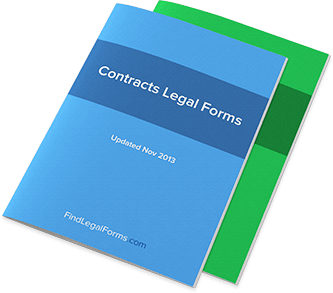 Contract Forms Combo Packages Get 5 forms for just $39.95. Save 60%! Contains some of the most often used contract forms. Included are a general agreement, contract amendment and mutual rescission of contract. An agreement is also included which will terminate an existing...

Though contracts are fundamental to doing business in today’s world, it’s also worth mentioning that they are just one type of legal form. Other legal forms – such as notices – might not require that two parties sign them in order for them to still be considered valid.

What are contracts best used for?

Like any legal tool, contracts are best used when they suit the situation. Contracts are unnecessary for certain arrangements and may be considered standard procedure for others. For example, a bank is not going to be willing to make a loan without a contract in place that guarantees the agreement’s security. But you don’t need your in-laws to sign a contract to stay in your home for a few days.

Contracts are best used to protect interest, particularly financial interest. Any time a significant financial transaction or agreement is made, a contract is usually appropriate – even between family members and close friends. Contracts are also effective at reducing liability, as is the case for many types of release forms.

When is a contract “ironclad” in the eyes of the law?

Many people make the mistake of assuming that they are entitled to legal victories simply because of the presence of a contract. However, it’s important to recognize that a contract is still subject to a number of variables, including a state’s local laws, the context and the circumstances of the case, and even the contract’s validity.

What circumstances would render a contract invalid?

Understanding a contract’s validity is an important step in understanding contracts themselves. Here are a few conditions that must be satisfied in order for a contract to be considered valid:

If any of the above conditions is not lawfully met, then a contract may be considered invalid. The result is that contracts must be two-sided, lawful agreements. After these conditions are met, two parties could technically agree to any type of deal they want.

When is a contract “enforceable”?

A contract’s enforceability differs from its validity; it’s entirely possible that a contract would be considered valid but not enforceable. For example, a contract signed in 2012 that did not begin its true terms until 2014 would essentially be “unenforceable” for the two intervening years simply as a matter of practicality.

What if I’ve already signed a contract and need to modify the terms of the agreement with the other party?

This is actually a common occurrence, and comes in the form of additional contracts: extensions, revisions, and amendments. These agreements will, of course, require the consent of both of the parties involved in the original contract; without this dual consent, there’s no point in seeking any further modifications. However, if both parties agree to the modifications, just about any part of the contract terms can be altered to suit the circumstances. It’s important that this be done correctly, of course, in order for the new contract to hold up against the old one.

How do I know it’s okay to sign a contract?

Provided that you’ve done all your research, that you trust the other party, and that you’ve sought all the legal advice you need, it all comes down to a matter of instinct. However, it’s important to consider that for many people, the signing of the contract is the moment an agreement becomes “official.” This depends upon your definition of “official.” You may have agreed to the terms of a contract months ahead of signing it; if so, then your work should be in ensuring that a contract validly and explicitly lays out all of the terms you had expected. Once you are confident that a contract contains exactly what you want it to contain, go ahead and sign.